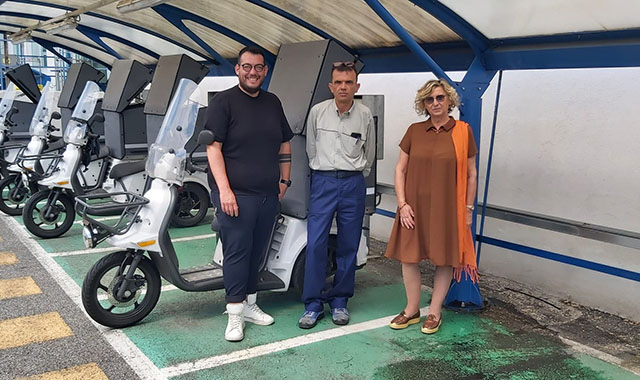 Throughout the COVID-19 pandemic, in one of the areas hardest hit by the emergency, postmen and women took it upon themselves to bring not only mail, but also bread and a smile to the homes of their compatriots. Postman Domenico Polverino was thanked publicly by CEO Matteo Del Fante during the 160th anniversary celebration with employees at the Conciliazione Auditorium in Rome. Born in 1968 in Salerno, Polverino initially worked on a temporary contract for a few months before being hired on a permanent basis at Poste Italiane in 1998 and moving to Bergamo, specifically to Calcinate in the Romano di Lombardia Distribution Centre of RAM, which handles deliveries in the provinces of Bergamo and Mantua.

“Every day, I work as a postman, which means a lot to me”, Polverino explains. “Above all, it means meeting people, being in contact with them and sharing their joys and sorrows. They call me “ol me pustì” in Bergamo dialect (my postie, ed.). If I can, I gladly offer a word of comfort, or simply share a few words with a laugh to find out their needs and also why I’m delivering their mail. When we return to the office at the end of the round, we exchange ideas and confidences with our colleagues, then with the head of the Distribution Centre Edmondo Albanese to discuss the work we’ve done and to plan what to do the next day”.

A way to come together again

But where did the postman’s idea to deliver bread during the pandemic come from? “The day went by in a completely new and unexpected way”, Domenico still remembers. “Since we couldn’t meet with people anymore, we had to limit ourselves to delivering the few letters there were and greeting people with a nod from a distance. The thing we missed most was human contact, so delivering bread was a way to bring people closer together again from the heart. It was simple gesture, but one which, at the time, was very helpful, not only to the baker and the people, but especially to me, as I’ve never minded starting early. I used to get up very early and leave the house two hours early, and Poste Italiane allowed me to do this, and this meant I could also help my community”.

During that time, there was never a lack of support from those in charge. “I have always felt that they were close and accessible, and the company made sure I had everything I needed”, Polverino emphasises. “In fact, when people were having troubling finding PPE, those of us at Poste already had everything — hand sanitizer, masks, gloves — to continue our rounds safely. One of the moments that meant a lot to me was when the RAM manager, Maria Luisa Roggeri, offered me the job of team leader. I was very honoured to be asked, but I declined in order to continue doing my deliveries. The thing that makes me happy every day is people’s smiles and their pats on the back. They see the uniform, and they open their homes and hearts to you. I owe this to my company, Poste Italiane”. 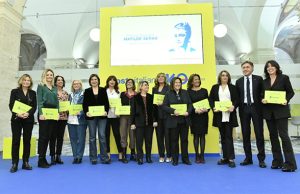 Poste Italiane: a postage stamp celebrates the 25th anniversary of the...